Entrepreneurs are a Rare Breed

Billionaires are good for business. Richard Branson and Sarah Blakely look like they’re having a good time. Elon Musk and Jeff Bezos are heading into space. What we see of the entrepreneur’s life looks appealing, but it skips over the gritty parts. Richard Branson running Virgin out of a houseboat paying himself £20 per week in the early days. Sarah Blakely packaging Spanx up in the living room of her rented apartment.

If entrepreneurship is such a long and difficult road, why do people do it? Most entrepreneurs find themselves somewhere between Sir Richard’s $20/week allowance and Elon’s spaceship to Mars. According to StatsCan, entrepreneurs make up less than 3% of Canada's population. There are just 1.1 million active businesses, 65% of which are considered small (<4 employees). It’s an elite club for a reason. It takes a rare breed of person, some might say a certain kind of crazy, to take the leap. Here’s why.

They enjoy the sport. I know what you’re thinking. Business isn’t sport and the 97% of Canadians who aren’t owners would agree with you. But the 3% see entrepreneurship as a sport. See, it’s a game to us and games are fun. They win some and lose some, but love to play the game. They take it seriously. They have skin in the game. They get knocked down and they get right back into the game.

They don’t mind callouses. Entrepreneurs get beat up from time to time. It’s painful. Sometimes they push themselves too far and have to take a break to recover. The smart entrepreneurs have good coaches and mentors, teaching them to pace.

They enjoy or at least tolerate pressure. The buck stops with the owner. That’s the way they like it. It’s all on you. The pain and the pleasure is all theirs. There’s gravity in that. It’s equal parts adrenaline and dopamine. Risk and reward.

They tolerate failure. I’m not saying it feels good, but they’ve come to realize that failure holds great value. In those low moments they find their greatest insights, lessons, and breakthroughs. They might have pity parties, but they don’t last long. They shake themselves off. An entrepreneur reframes failure into progress and quickly regroups and moves on. There’s no getting around failure. It’s a reality and they’re okay with that.

They like milestones more than finish lines. This was a slow lesson for me. The finish line keeps moving when you run your own business. That makes milestones important. Most of us are too busy moving on to the next big thing to pause and celebrate, but the entrepreneurs who take the time to high five before jumping into the next are the ones who find the greatest joy. It’s the journey, not the destination. A truer platitude was never spoken. 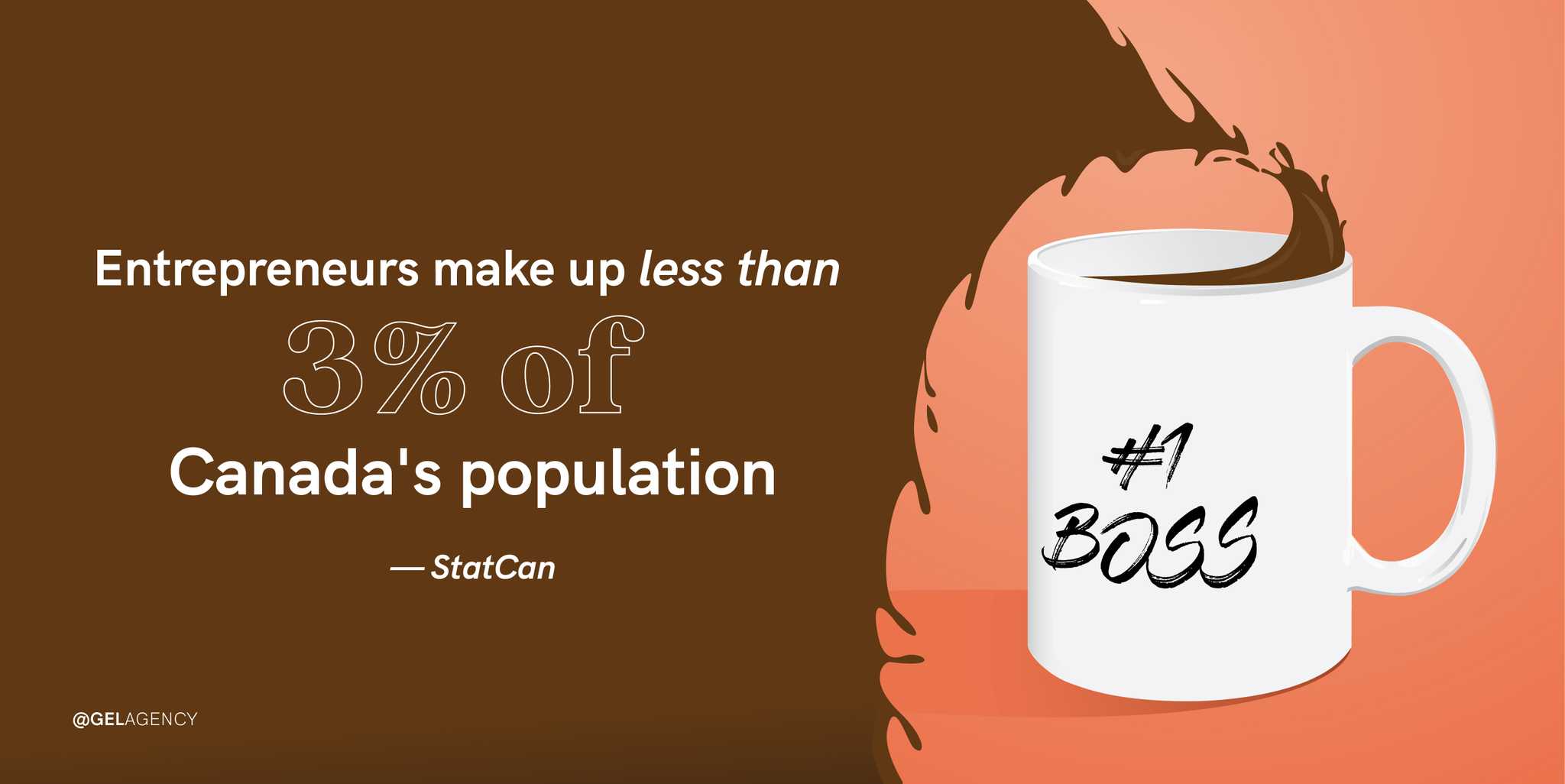 They’re in it to make money. It may not be the only reason they’re in it, but it's definitely a reason. The best entrepreneurs also feel a calling to serve humanity and to leave the world a better place. But they're in business to make a profit. Make no mistake. To beat the entrepreneurial odds — to more than survive — to make a lasting impact, making money is an absolute must.

Pace, but they don’t pace themselves. This is what coaches and mentors are for. Entrepreneurs know themselves. They don’t trust yourself to set the pace. They’ll likely go too fast or too slow. The most successful entrepreneurs lean on mentors who can help spot warning signs, red flags. If you don’t have a mentor who is more successful and more experienced than you, go find one. Stat. Humility is an absolute must in this game. It’s impossible to know it all. Learn from your coaches. Less lonely and more fun.

They have a growth mindset. Lately, I keep hearing “if you’re not growing, you’re dying”. This is especially true for entrepreneurs, no matter which sector they’re in. Even mature markets change. In her book, Mindset, Carol Dweck’s “growth mindset” perfectly captures the entrepreneur — someone who thrives on challenge and sees failure as a springboard for growth and for expanding abilities rather than a lack of intelligence. Constant learning is an absolute must — adapt, evolve.

They have financial and emotional reserves. There are seasons to weather. Like a farmer filling the grain elevator during the harvest, the wise entrepreneur shores up reserves. The unexpected happens and usually lasts longer than expected.

Introverted extroverts thrive. This is a paradox. I know it seems like we’re meant to call ourselves one or the other, but I’ve realized the ultimate entrepreneur is a hybrid model. They’re extroverted — they can work a room, dial up the charisma to win a pitch, rally the troops after a setback, but they’re cranial too. They need to be alone, ideally getting out for long walks in nature, but more likely by wearing noise-cancelling headphones on a flight or stealing an hour with the office door closed.

They’re cynical optimists. Most entrepreneurs are optimists, but here’s the thing. Optimists don’t see blind spots. They assume things will work out. According to Medium, cynical optimists have an advantage, and I tend to agree. So if you’re an optimist like me, find a mentor who’s a cynic. And the reverse is true. If you’re a cynic, hang out with an optimist. Yin and yang.

They don’t start with the end in mind. Yes, the fortunate ones are able to sell their business, but they don’t go into it thinking about their exit. The ones that sell often end up back in the game, in one form or another. The thing is, they don’t want to retire. They see entrepreneurship as a lot of fun, the ultimate freedom — engineering life and work on their own terms. They can’t imagine not being involved in business.

So to all you readers who call yourselves entrepreneurs, I say, “I understand. I know what you mean. I get it. Me too.” Although at times it can feel like a solo mission — after all, there aren’t that many of us — we’re all in this together. It’s an experience like no other. It’s the ultimate career, in my humble opinion and I wouldn’t trade it for a thing.

Get our marketing insights straight to your inbox.