Disney+ may be the most successful video-on-demand service launch in recent years. Why did over 10M people subscribe on the first day? In a word — marketing.

How many 100 year old consumer brands can you name? Okay, maybe a few. Colgate, Coca-Cola, Jim Beam. But they’re no Disney. What is it about Disney that compels over 10M people to subscribe to Disney+, their video streaming service on the first day? It’s the key to the magic kingdom. We can learn a few important lessons in marketing strategy from Disney+.

Whether it’s Disney, Pixar, Marvel, or Star Wars, they all do one thing very well — tell masterful stories. Disney wrote the book on the hero’s journey. Okay, so it was actually Joseph Campbell but Disney brings it to life with animation and graphics. These movies leave an imprint. We remember them. No filler content here.

It’s every marketer’s dream — universal appeal. From toddlers to grandparents, Disney breaks all the brand targeting rules. How many times have you been told that you need to get very specific about which customer you want to attract — right down to the shoes they wear and the car they drive? Not Disney. They flip this rule on its head. It’s in the ​Disney+ tagline​ and they’re  absolutely right.

“Where timeless characters meet the heroes of today. From Mickey Mouse to Iron Man, Snow White to Moana, Luke Skywalker to Thor - there's  something for everyone.”

Disney+ is there to entertain us during every transition and milestone of life as well. Most products are relevant to the consumer during a life phase — high school, getting married, having babies, moving out, buying a first home. What does this mean for the brand? Lifelong customer loyalty.

10M subscribers on day 1!​ A ​31/2 hour trailer​ with over 4M views! Seriously. We’re told consumers have a hard time watching a 4 second ad before a YouTube video, yet 4 million people watched a trailer twice as long as a feature film? Build it and they will come.

Here’s how I knew Disney+ was a thing.

Him: “It’s like Netflix only better with all the Marvel, StarWars and Pixar movies too and they’re  going to keep adding more.”

Him: “Friends at school told me about it.”

Him: “It’s only $90 bucks if we buy a year and we get access to everything right away.”

Him: “It drops tomorrow.”

Hype. It’s hard to engineer. Especially with this generation. They don’t get excited about much. So when high school kids were hyping the launch, Disney+ knew they were going to hit it big. They may not have anticipated just how big, but if I saw it coming, I’m sure they did.

What’s going on here? In a word, nostalgia. There have been studies done on the impact of nostalgia on consumer attitudes towards a brand and purchase intentions. No surprise. It works. Why are high school kids excited about kids’ movies? Because they’re still kids. We all are at heart.

When brands evoke happy memories of childhood, we buy. Add to that adorable animated characters and enemy fighting superheroes and we buy with conviction. We buy whatever you’re selling. That’s the value of the Disney brand. It’s money in the bank. 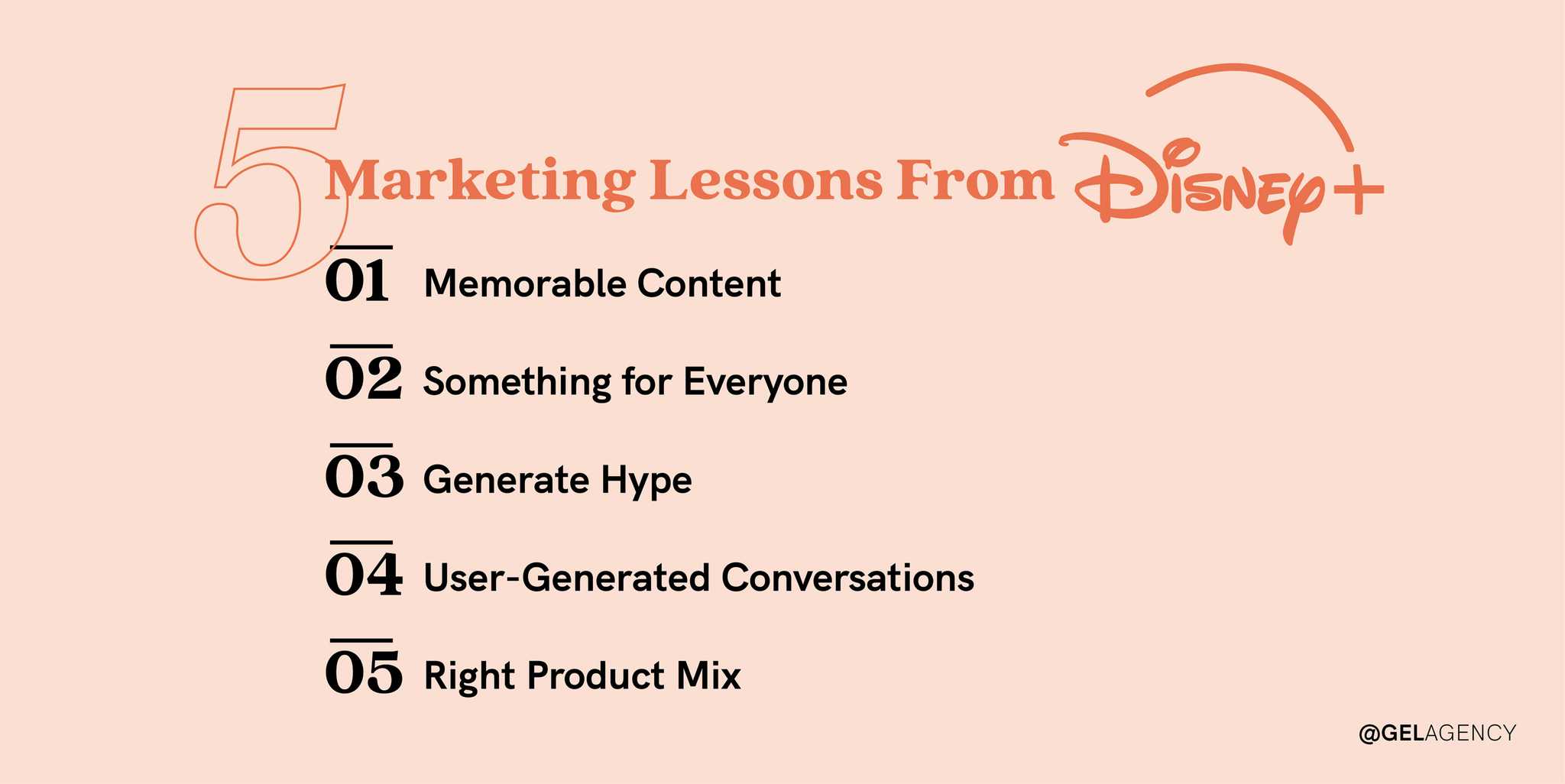 Check out the ​Disney+ Instagram feed​. There are posts with 1+ million views and some with over 5000 comments. What’s going on here? The ultimate community engagement. They’re excited and they want to talk about it. Disney superfans of the world unite. ​The ultimate community engagement. Branded content eliciting user-generated conversations. ​Much more impactful than a like, a comment or a share. Conversations between superfans hosted in the comments section of the Disney+ posts.

5. Right Product Mix. Not too Much.

Content overwhelm is a thing. The volume of content being published on the daily makes it hard for brands to rise above the noise. By making the content exclusive to Disney+ and jumping on the coattails of Netflix Originals, Disney+ appeals to everyone. Capitalizing on  classic content, they’re generating revenue on content that paid for itself decades ago. They’ve included National Geographic to expand the offer beyond pure entertainment into education and creating original content keeps consumers interested.

Disney+ will beat Netflix in the original content arena. They have an unfair advantage — proof in the form of a long track record of master storytellers overdelivering value for more than a century. Consumers trust Disney. There’s no proving anything. Just delivering the magic  kingdom we know and love. Keeping it exclusive to subscribers makes Disney+ bulletproof.

Disney+ has what we all want. The ultimate brand story told by lovable characters in timeless products that connect with customers on an emotional level, stay relevant and last a lifetime. No matter the product or service, every company has a story to tell and it’s that message that connects with customers. May the force be with you as you aspire to Disney's level of marketing mastery.

One of my favourite times of the year is Christmas. Yes, I love the season for all the traditional trappings but it also happens that my birthday is on December 26th and of course the IIHF World Junior Hockey Tournament typically begins on that same day (although this year it started on the 25th). Tis the season!

Ever wonder what it’s like to manage a global brand? We did too so we decided to find out. Enjoy our interview with Steve Ambeau, Chief Marketing Officer, Rapid RTC Former Head of Brand Communications, MINI USA, Corporate digital manager & former Global Head of Digital Marketing, MINI, Munich, Germany. MINI might make small cars, but the brand is big with over 100 national sales centers across the globe.

5 Ways to Master Your Marketing Mix

Marketing is like investing. Endless options in a changing sea. How do you know when you’ve got it right? Where should you invest your time and money?

Sign up now to receive our blog posts straight to your inbox. You’ll be first to know of promos and early access to new branding masterclasses and marketing challenges. 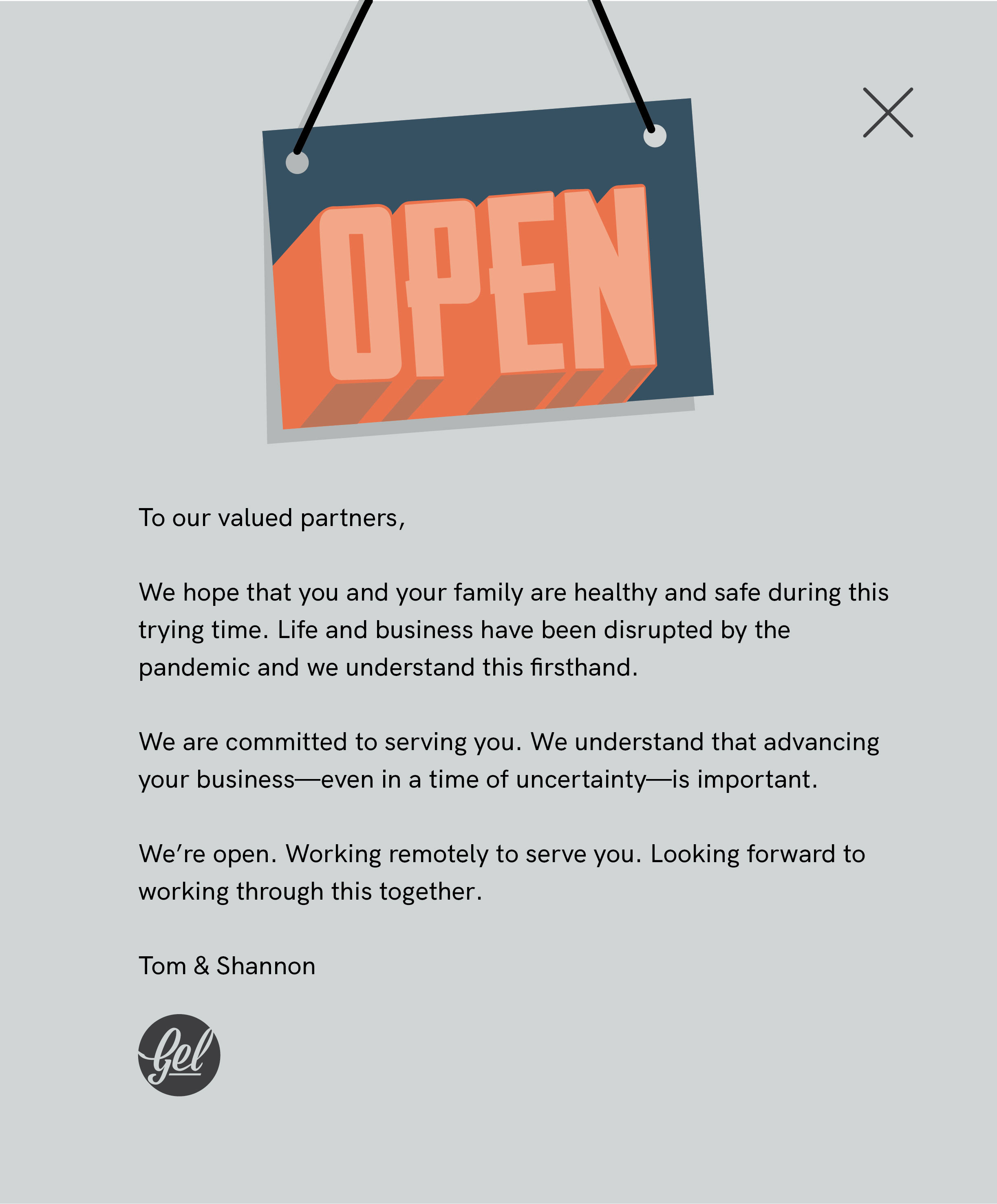 You're ready to build your brand and grow your business. Sign up to receive a free Customer Avatar Template, marketing insights and our blog posts straight to your inbox.